My daughters have already been thinking about what they want to be for Halloween.

The teen daughter plans her costumes with her friends now–oh how I miss the days when the sisters had coordinating costumes…a pirate and a parrot…a mummy and a zombie cheerleader…Japanese girls in kimonos…little red riding hood and the big bad wolf.

Big sister wears her costume these days to the middle school Halloween dance.  There are prizes at this dance, so it’s fun to plan ahead.

One year she won “best group costume” for her role as The Cheshire Cat.  The Queen of Hearts and Alice were also awarded. 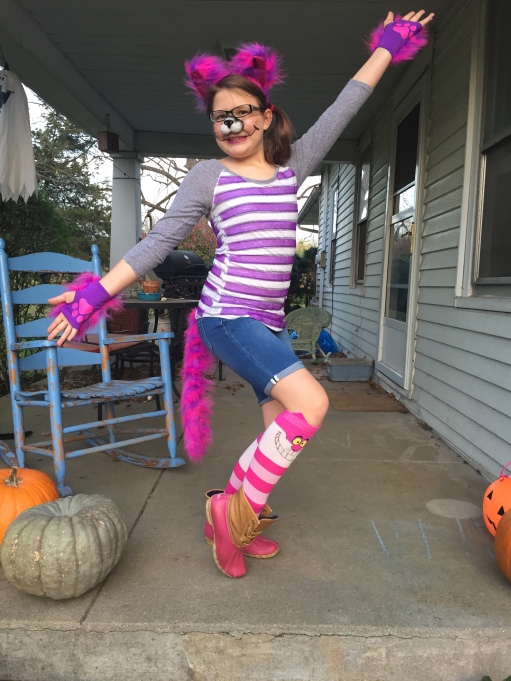 Last year she should have won at least “best duo” (I may have made that category up right now) as she was Dr. John Watson and her bestie was Sherlock Holmes.  Two gender-bending gals in middle school.

I do admire my kids’ imaginations.  I like to help them get creative in what they wear on October 31st.  It’s easy and kind of boring to just go to the shops and buy a packaged costume.

This year her group has been talking about being the cast of a now defunct Disney Channel cartoon called Gravity Falls.  It’s a very funny show.  A brother and sister (are they twins?) go to live with their Great Uncle Stan, commonly referred to as Gruncle Stan, for the summer in the pacific northwest.  He has a touristy trinket shop in the woods and all sorts of weird stuff happens to these kids and their friends.

So, there are all sorts of characters in the show…the brother, the sister, the gruncle, his assistant, this lady in town with a weird eye, this freaky tiny boy who wears a suit and has a southern twang and has big elvis hair, a cute, tall, redheaded teen girl who the main character boy has a big crush on.

Do you think she picked one of these characters?

His official name is Bill Cipher. 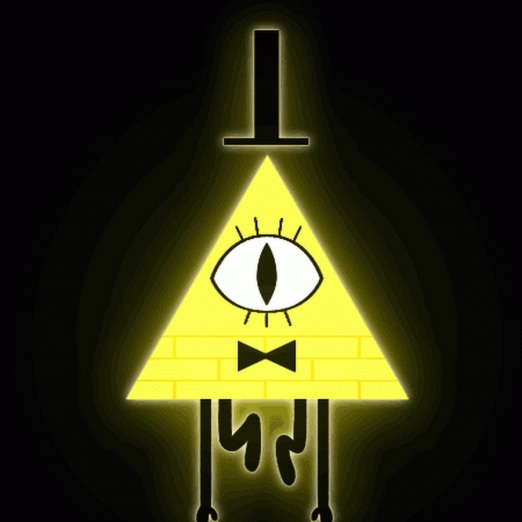 And he’s some sort of demon thingy or something.

How will she make herself a triangle?

But, it gets better.

Her sister has finalized what she is going to be for Halloween.

She wears her costume to school and then will go out trick or treating.

Russell from the Disney film UP.

She has decided to be a chubby Asian boy scout. 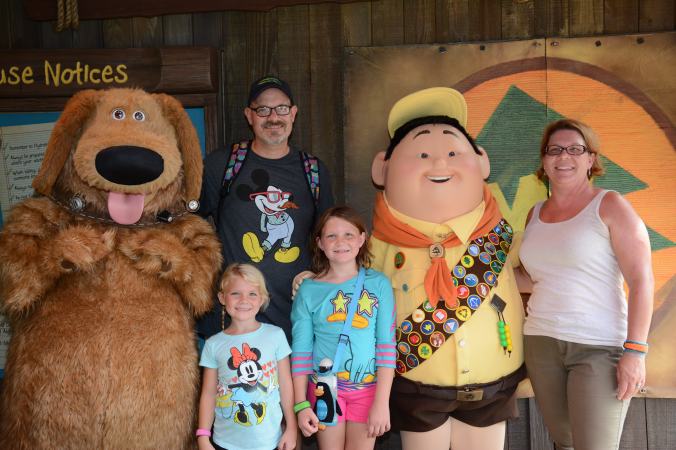 That’s Russell right there ^…this was from a trip to Disney World that we took a few years back.  The dog is Dug who has a collar on his neck that allows his dog thoughts to be heard in a human voice.  It’s actually one of Disney’s best films in my opinion.

I said “what about a nice Disney Princess?”

“Uh, I don’t do that anymore mom” was her response, given with a tinge of attitude.

They don’t realize that all of the pressure then goes to me, mom, to try to find all of the pieces to these obscure costumes.  You can’t just go to the Halloween store these days to find a Russel or Bill Cipher costume.  And if, by chance, they were at the Halloween store, they would probably cost $50 for some cheap plasticky, barely held together with the cheapest thread known to mankind, outfit.

I’m not going to pay for that.  I do like to try to make as much as I can for the costume (I can’t sew, but I’m good with a hot glue gun) and to use things/clothes we already have at home.  I’m not against buying a wig, but I’m not spending a lot on it.

So, I’ll have to scour thrift shops with them, steering them towards the things that may help their costumes come to fruition.

Small props will be bought at the Halloween store.

Zoe has already found a top hat at the Halloween store that she wants to get for her costume.

Because, you know, triangle demons always need a top hat.

9 thoughts on “It’s Already Time To Think Of Halloween”

Home Is Where Our Stories Are Welcomed To Begin.