Man-Farmer and I got a new doctor last year.

We hadn’t really seen a doctor since before Zoe was sick.

We had had to put off our own healthcare needs because we were taking care of her.

So, when looking around we decided to go with a guy who just happens to be our daughter’s friend’s father.

He’s a bit younger than us.

Most of Zoe’s friends’ parents are a bit younger than us.

I’ve been in his dining room talking over the Disney Dining Plan with his wife while he sits in his living room recliner a few feet away.

They are cool people.

Easy to talk to (we usually end our visits talking about our kids) and very knowledgeable.

He’s really amazing in that he went through medical school while he was battling cancer.

He has a lot of admiration for our daughter, his son’s friend, who has also fought the nasty C monster.

As my doctor, he has suggested that I get a pap smear.

I haven’t had anyone looking way in there since my last baby was born.

And my baby is now 8 years old.

So, as I rolled my eyes and sighed like Gigi does when I tell her it’s time to bathe, I agreed to it.

BUT, with one stipulation.

His Physician Assistant would be doing the procedure.

Because there’s NO WAY in hell that I would spread it all open for my daughter’s friend’s dad.

Every time that I would see him at a school function, sitting across from him at a back-to-school open house or in the auditorium for national honor society accolades, I would be thinking only one thing…

Since people around here already think I’m a bit odd…

should I start double kissing peeps when I greet them?

They do it on the Real Housewives show.

Why can’t REAL housewives do it?

I’ll see someone I know, go in for a mini-hug and pull them forward a bit, heading directly towards their right cheek.

Should one cheek be kissed first before the other?

Or left then right?

I’ll do some research before I go in for the kill.

On television the other day Chad and I saw a commercial for that Amazon Echo thing.

It’s for people who need to know things RIGHT THIS MINUTE!

You know, the thing that you walk by and say “Amazon Echo, What time is it in Mogadishu?”

Well, in the commercial a lady was looking at some papers at her kitchen island (which I’m sure was made from granite) and asked her Amazon Echo how many dishwasher packs she had left.

But, you’re standing right there in the kitchen?

Why are you asking that thing across the room how many dishwasher packs you still have?

It responded by saying “you have two dishwasher packs left.”

Chad and I looked at each with our mouths gaping open.

Have we really become that lazy?

Has society really become that lazy that we can’t look in our kitchen cabinets to see for ourselves how many dishwasher packs we have left?

We have to ask a computer this question?

What is going on?!

I never want to be SO busy in life that I am not capable of making my own shopping list.

Who would want that?

If you are reading this and saying “ME, I am too busy to look under my kitchen sink to see how many dishwasher packs I have left” then you, my friend, need to prioritize things.

Because many other things are passing you by that you aren’t noticing if you are THAT busy.

Yesterday I asked Gigi if she would call me once a week when she’s older and has moved out of our house.

She said she would be too busy…(she’ll probably be using that Amazon Echo thing to order her mascara.)

I said “maybe you could put me into your daily agenda and have Wednesday as Call Mom Day.”

“I don’t know” she replied.

She’s gotten herself into a bit of trouble at school (with one girl in particular) because if you are bothering her with your stupid assholey 8 year old self, she will roll her eyes at you.

This girl, I might add, claims to be Gigi’s BFF.

I’ve told her to get new friends.

I get an eye roll from her about six times every hour.

Just wait until she decides to NOT quietly roll her eyes at people that’s she’s had Quite-Enough-Of-Thank-You-Very-Much and starts using her massive vocabulary.

I may be getting more phone calls from the principal as she gets older.

Did I tell you that Gigi has developed an egg intolerance?

Did I tell you that we have hens in our backyard?

Hens who give us eggs every single day in large amounts?

And now Gigi won’t eat them because they make her sick and she has become terrified of eggs on her plate?

And her pediatrician thinks she will probably (hopefully) outgrown this and we are to test her on eggs every 6 months?

But she’s says “no way are you making me eat eggs EVER AGAIN!”

I’m sure you have noticed in this post that I have many, many stories about Gigi.

And not a lot of things to say about her sister.

Her sister has FINALLY become the boring child.

Zoe is the easiest kid on the planet.

She rarely gives us a hard time about anything.

She rarely talks back or rolls her eyes at us.

I think deep down she remembers that I used to sleep in the same bed with her while she was in the hospital.

I would push aside her IV lines and crawl into her bed to cuddle with her.

Trying desperately to make something out of her inconceivable situation seem normal.

I would watch whatever she wanted to watch on the hospital TV, which was always The Disney Channel.

I think she remembers that her dad once went to the hospital cafeteria and bought every bag of Goldfish Cheddar crackers that they had.

Because that was the only thing she would eat.

I think she remembers things like this and she cherishes how easy life is now.

And she’s letting her sister have the spotlight for a bit. 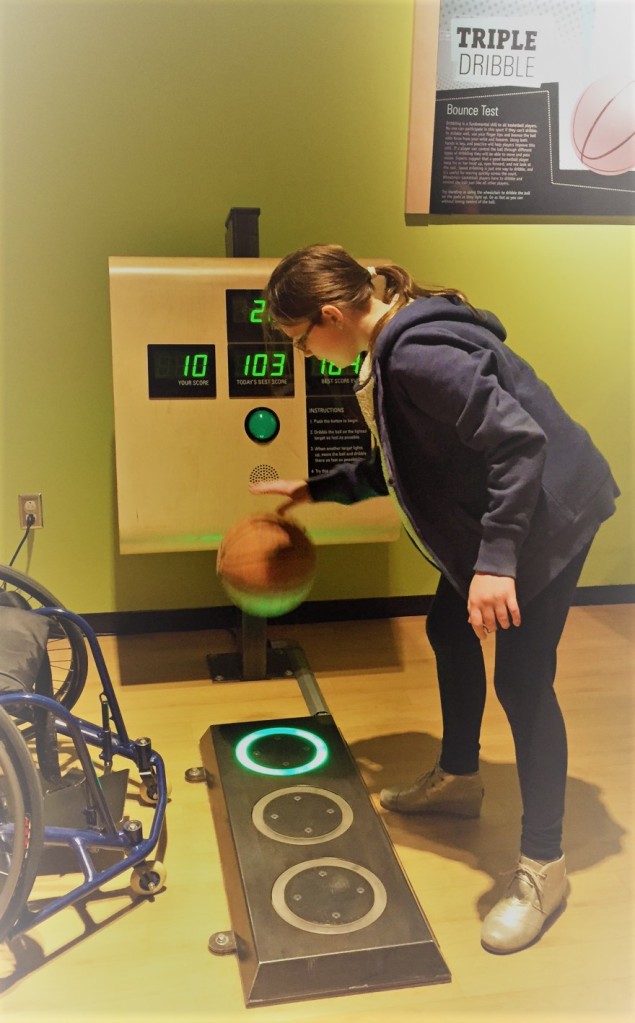